this time about not moving. Before I left for New York, thinking I was going to move momentarily, I had packed lots of boxes and thrown out lots of stuff, so generally things were pretty disorganized. I couldn't face the boxes after I signed the new lease, as compensation I started working on version two of that tunnel book. I returned from New York and continued ignoring the boxes. 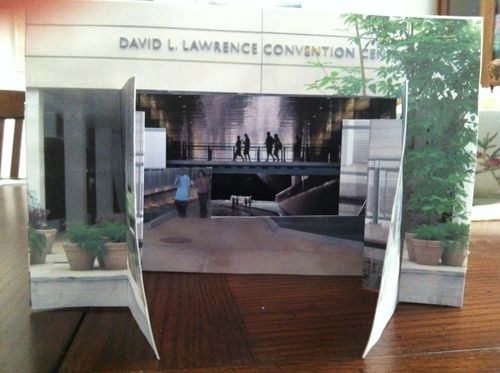 So, this is version two and I'm still not happy. Version three is in the works and the boxes remain in denial.

Version two has a 6×9 inch page considerably larger than the 5×7 of the first one. Also, I have made the accordion sides much larger, even larger in version three. Each revision takes me further from the reality and more into my imagination or to better solutions to the book construction problems, which is where I want to be.

1 thought on “In denial again”