Sorry I've been so slow about this, Mage, but I was very tired afterward and also had some other work I had promised to do on Friday, then promptly forgot.

So, here it is: The event was held at Heinz Field, home of the Steelers. This is the first time I've ever been there.

Mostly it was held in the parking lot and the area near one of the entrances. They let us go in to what is known as the Great Hall, but the stands and the field were securely locked up. 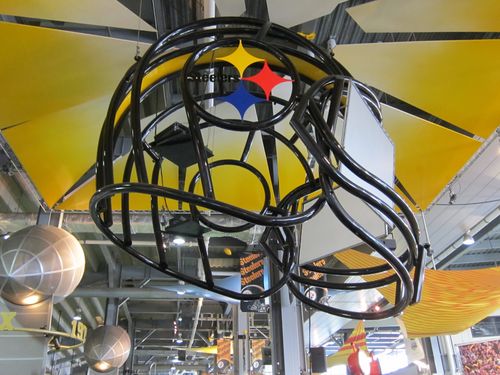 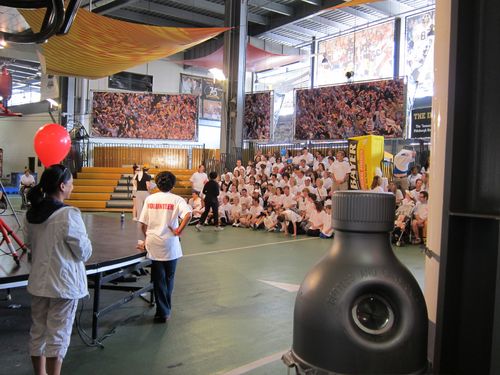 Vendors with heart related products had booths, along with a few hospital groups. There are only a few hospitals around here. Most of them are UPMC (University of Pittsburgh Medical Center).

I had the feeling most of the people attending had some kind of relationship with the vendors or the hospitals. I don't think the American Heart Association did a very good job of publicizing the event. They were able to use the stadium because this was the Steeler's bye week. Every news broadcast talked about the Steelers not playing this weekend; it seems to me they could have mentioned the Heart Walk in connection with it.

The event began at 10 am with lots of milling around and opportunities to visit vendors. Nothing really happened until 11.

Then there was a half hour of speeches and some warm up stuff geared to thin, healthy people of which there weren't too many around. Finally, the walk began, about 11:30. 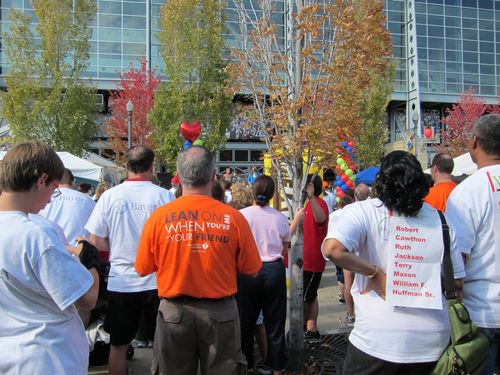 I never found my cardio-rehab people, Robin was otherwise occupied, and I never saw a single person I knew. So I walked alone among hundreds of people.

It was a nice walk; half of it was on a pleasant trail next to the Allegheny River. But the day was unseasonably hot. It would have been much better if they had walked at 10 and had the speeches afterward. I completed the entire 3 miles, but the heat knocked me out.

This is a survivors hat that was given to me for surviving heart disease. I should have gotten another one for surviving the walk. My idea of a survivor is someone who had gone through the event and lives to tell about it. I think I've only survived the skirmishes; the battle won't be over until the afib wins. 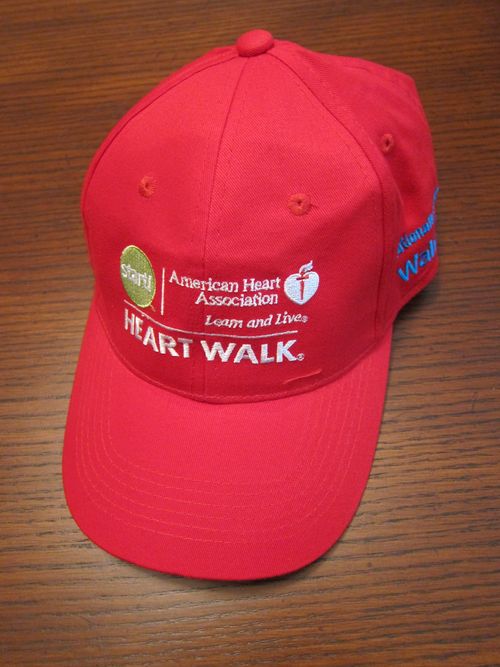 Thank you again, Mage and Robin, for helping me raise money for the event. If anyone else wants to contribute, it will count towards my goal for the next 30 days. I dedicated my walk to Arvin's memory; it would be nice if I could reach my goal in his memory.