I smell like latkes, or rather my coat smells like latkes. I've taken the coat out for several airings, but it doesn't seem to go away. Everything else has gone into the laundry. I went to two Hanuka parties where they fried the latkes (potato pancakes) after we arrived. Latkes are good on Hanuka, but not having to smell them for days afterward.

The weather has been amazing these last two days. Yesterday was in the high 60's and I didn't wear a coat. It's colder today, but the sky is that beautiful blue and the sun feels warm. The radio was forcasting high winds; I wasn't sure I wanted to go out. After Robin told me it was beautiful I put on my coat and started walking. Pretending I was still in Japan I took my camera with me. This was the first thing to catch my eye. 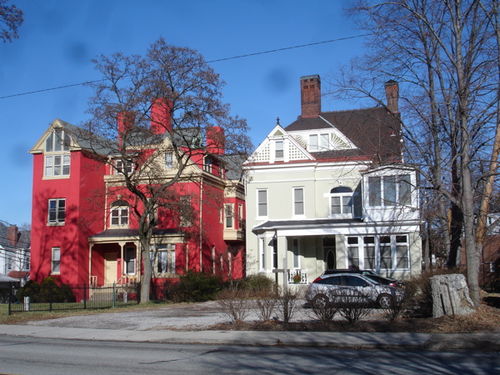 I watched the red house being painted before I left. It makes an amazing contract with the pristine white lady next to it; almost enough to inspire a story.

Further on this tree spoke to me. 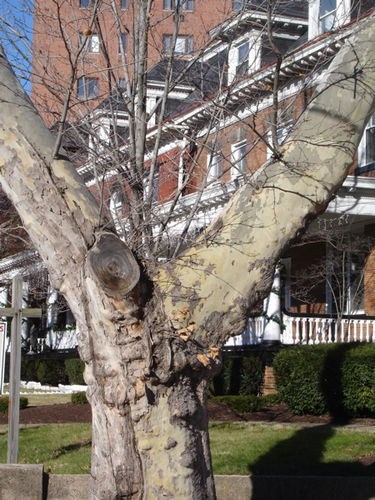 It's not like the Japanese gardens, but somehow the trees give me the same feeling.

I finally got to Trader Joe's where I had one of their little cups of coffee and bought a few things I should have left in the store. They have great nosh and I don't want to gain back the weight I lost.