In the early 1970’s I made three kinds of books. I still wasn’t thinking about books, just photography. So the first was another spiral bound photobook about my father’s business. My father distributed poultry to restaurants. He was trained as an architect, finishing school and getting married in 1929. He worked as an architect for about two years then was unable to get another job. In 1932, my mother’s father died. Her brother, Meyer, was in the poultry distribution business and my father substituted for him while Meyer sat Shiva. One of the customers told my father he wanted him to continue servicing him and loaned him $5 so my father could get a truck and merchandise. For more than forty years Pops drove a truck and delivered chickens all around the city of Chicago. At the age of 69, with no plan for selling the business or retiring he had a heart attack. (On a weekend. He never got sick or had any problems except on weekends.) His customers owed $30,000 and that money would never have been collected without keeping the business running.

At the same time, fortuitously as it turned out, my husband was out of work. On Sunday, after the heart attack, Richard and my brother Arvin, who knew all about the business, went to the hospital and my father gave them the pertinent information. On Monday, Richard and my father’s helper ran the business, continuing for about three months until Richard found a buyer for the business and was able to get my father’s money for him. During this time I went out on the truck with them and photographed. Book #5 is a documentation of the business: no words, only pictures. 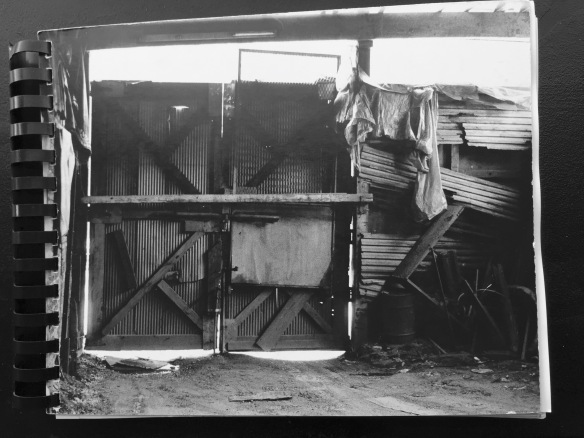 Garage doors where the truck was kept. No merchandise was ever kept in this terrible place. It was purchased and distributed daily 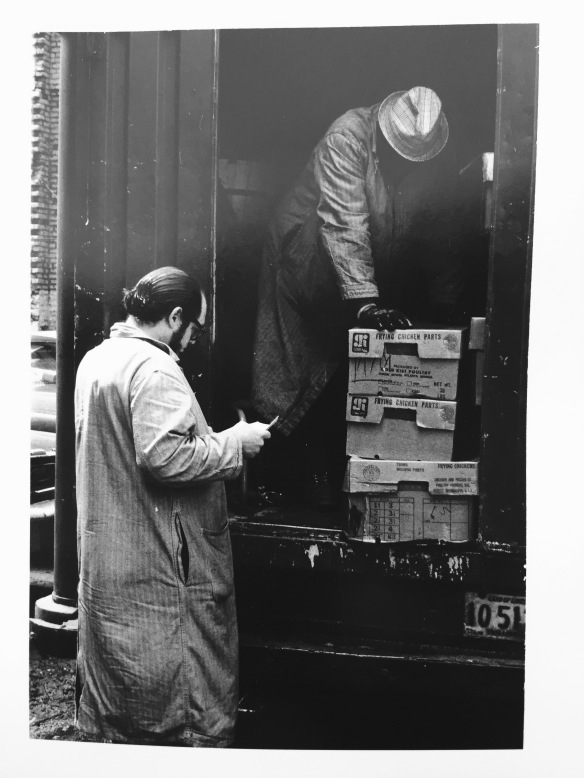