I am happy to report I have been to the health club three times every week since I finished cardio rehab. It's not as much fun; no one pays any attention to me; no heart monitor; no blood pressure readings; but then again, no one reminding me about my afib. Most of the time I know when I'm in afib, but I'd rather not be reminded.

I've been working on the paper, which won't be turned in until November 23, at the earliest, so I haven't been thinking about much of anything else.

Here are some Pittsburgh pictures I've taken in the last week or so.

Target is building a new store near me. I've been watching the construction and I'm fascinated. They brought in these huge slabs of concrete, used cranes to erect them, then keep them in place with those diagonal strips until the roof is put in place. It's a little like building a house of cards: put two cards upright and parallel, then a third card on top to hold them together. I hope the building holds up better then those houses of cards. I'll be happy to have the Target nearby. 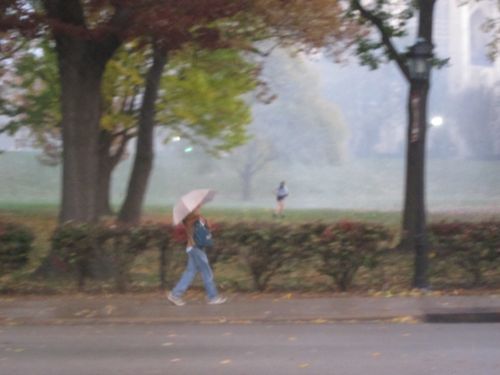 Tuesday afternoon the huge storm that produced so many tornadoes in the midwest came through Pittsburgh just as I was leaving the Japanese art history seminar. I made it to the bus stop (fortunately sheltered) and first watched the wind increase and leaves fly around like they were rain. Then the rain came, absolutely pouring. After about ten minutes it stopped. About ten fifteen or twenty minutes later the bus finally arrived. I wanted a picture of the leaves; they were amazing. But by the time I got the camera out of my purse the rain had come.

Saturday was another one of those great days that probably won't happen again until spring: a little cool, but very pleasant. I took a walk in Frick Park. Here are a few pictures. 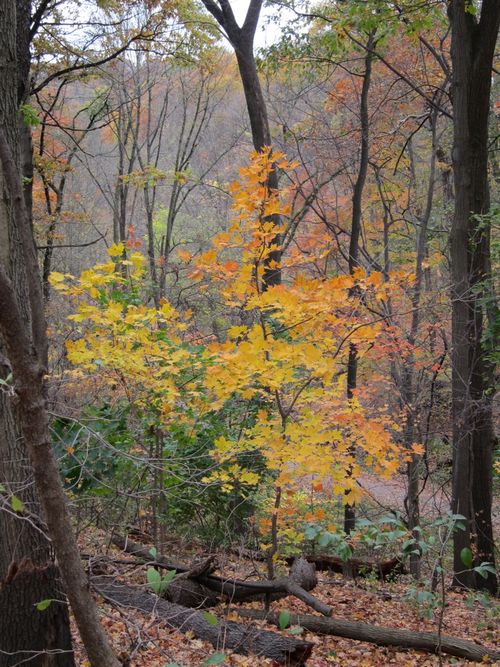 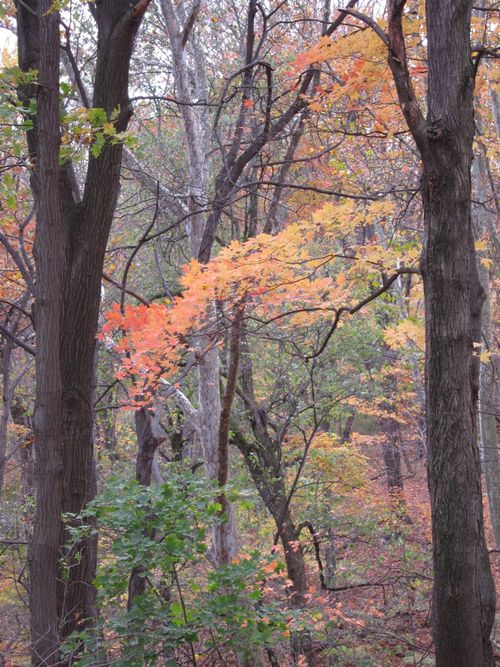 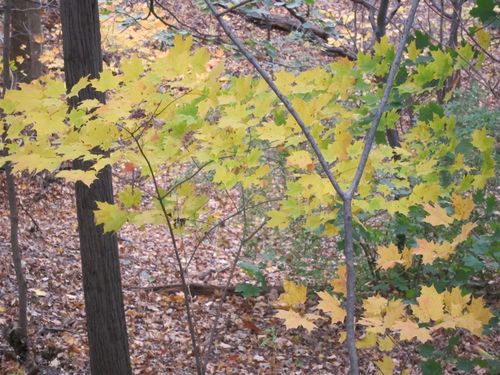 3 thoughts on “Last week in Pittsburgh”